I had a very interesting conversation with a gentleman that I am interested in.  Initially I was trying to have a conversation about my mood change-

First let me be clear I'm pretty confident he had no awareness of my mood change, so in hindsight my mentioning it was more because of my own consciousness and awareness of what has been triggering my internal thoughts and emotional ups and downs.

I digress...So this is the 12th year of my own renewal-the beginning of the year until the 20th of April, every year brings physiological, psychological and emotional memories of every decision I made which inevitably lead to my confession of being abused by my stepfather.  The first five or six years I was completely unaware of the pattern. I had no clue that pretty much for the rest of my life there is a cycle that I would go through.  I remember the first year was hell, non stop uncontrollable crying, anger, depression, shame, sadness...damn I feel so sad for my boyfriend at the time!  He really handled me sensitively, and gently for 2.5 years through all of that.  During the first two years I asked my therapist what was happening and she explained the healing and growth process would be life long, but not always this painful.  She explained how my body and psyche are undoing trauma.  WHAT? Hell!? DAMN, is all I thought.  FOR LIFE!!?? This is tragic, and just who in the world is gonna wanna deal with me AND THIS!??  But alas, I have to say its really not been that tragic, difficult yes, but not tragic.  Every year teaches me something new about myself, about my capacity to thrive and this year has taught me something even more profound. How to communicate with potential suitors through this time, and how I react.

A week ago I had a nightmare of my stepfather's hands on me and me fighting him off, and for the past few days lets just say that I've been a little tense to say the least and emotional.  I wasn't clear as to why this nightmare was occurring.  Why now?  Aren't I over this?  Well that place in my subconscious remembered something and during my REM sleep allowed it to resurface.  When I awoke startled, sweating and anxious I immediately called my mom, we talked, she heard me and healed me.  Then I realized that it was February, right in the middle of it all.  I began to retrace my healing steps-February 2003 began my spiritual healing, change and upheaval-my body was remembering even if my mind hadn't this year.  So I went in stride these couple of days, I felt "normal", I was happy-then I felt the "heavy" hit.  The knots, the thoughts of damn I went through that shit?  How the fuck am I still functioning?  No one has a clue what I deal with.  I felt the shift in my energy.  How I felt I was presenting to the world.  I wanted to change it. To me change begins with acknowledgment, identify what is different or needing to change.  I began to look at this small moment in comparison to my first five years as a minor blip. Nothing-1 week of emotional space vs. four months.  One week with minor mood swings-HA I got this.

Well one of those moods occurred right before a date.  What timing right-not to mention dating has always been a little interesting for me.  I was blessed to have had two gentleman that took the brunt of the survivor stress.  They literally held me through it those first 5 years.  Hugged it away-but in the end it was too heavy and I also wasn't as aware then as I am now, of what happens to me.  So now that I have this new found awareness I felt inclined to share it with my date.  I believed it was to assist him with learning me, but you can't have someone learn if they haven't really asked for a lesson right?  He already knew about my past and he was listening to me when I opened up to share about my mood swings and then he had questions.  His questions-triggered in me the emotional equivalent of a tsunami-but I didn't externally react, I listened to him and did my best to really try and hear what he was asking me.

"So you weren't a child the whole time since it was over a period of time...I know this sounds bad but I'm sorry i'm just going to ask...When did you start to like it?"

Now don't jump on him, just let the shock of the questions wear off and really think about them.  He admittedly sated that "mental" things don't make sense to him.  They are hard for him to grasp and he also admittedly said that his questions sounded terrible and he wasn't trying to be insensitive. So I have decided to unpack these questions. My initial answers were standard, "I didn't tell because I just didn't-I was a child, I was manipulated, scared etc". That answer was followed by the second more shocking question and I answered it very matter of fact.  "I NEVER liked it.  I NEVER enjoyed it, but I did get used to the pattern of abuse, the nights, the behavior, and I was able to disassociate/separate myself consciously and psychologically from the experience".  I also explained he may not understand, since he doesn't get "mental stuff", what it means to disassociate.  I also acknowledged the physiological reactions of the human body.  My body may have reacted sexually and even been stimulated but at NO TIME was my mind and body connected to the point where I EVER wanted, desired or enjoyed what was happening to me no matter my age.

He didn't say much, to my answers.  I have no insight on his thoughts to what I shared but I took that conversation with me until I got dropped off after that date.  I've thought about it and today I'm curious about the world we live in and the gender separations that teach or allow those questions to be asked?  I have thoughts and questions about the patriarchal ideas about women and sexual abuse, and the thought that telling the truth is "just easy".  I also have questions about "why would he understand if it was an uncle vs. a step father?"

I share this experience not to shame or bash the guy, his questions are his genuine real questions and I'm pretty sure he is not the only man or woman for that matter, that may have the same or similar questions, but I just pose other larger questions.  Why is it okay to question a survivors reasonings for telling, or not telling, or the time frame it took to tell?  Why is it okay to question the body's natural reactions?  That type of thinking is the same platform some politicians are using to say a woman can't be raped if she orgasms during the act or a man can't be raped if he ejaculated.  I am not shying away from the complexities of any question that pertain to sexual violence, abuse, rape and assault, but I do challenge the questions with more questions as I share my own truth.

Popular posts from this blog 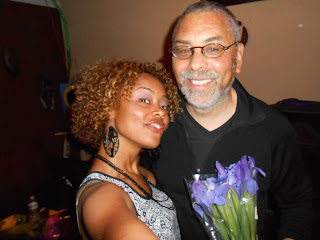 I remember the first time my father gave me a book.It was a Kwanzaa gift.I think I was 7 or 8 years old, but I totally thought it was weird, I mean what child do you know that wants a book as a gift??I was so disappointed. “Aww man, what is this?A book? Where is my Barbie?Mommy didn’t give him my list!!??” But because I had home training I showed my gratitude and never complained out loud. There went my Christmas.But a strange thing happened that holiday season, my dad read those books to me at night. Each one was inscribed with a special note about each principle and why he gave it to me.Those books and any book, letter or card thereafter became an umbilical chord that connected us forever. My dad lived in California the majority of my life.He and my mother split when I was very young so letters, and cards were my father’s personal connection to his children. My father was and is the greatest and most groundbreaking writer I’ve ever read.He has always moved me, even when he wrote small…
Read more 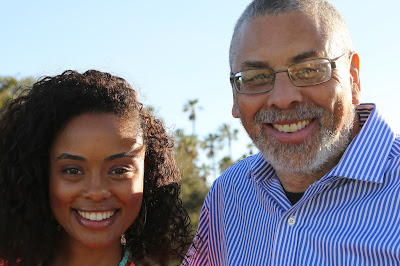 We are so excited to announce and--invite you to view--our powerful, life-affirming video contribution to an international online forum exploring child sexual abuse survival, healing, justice, love, and accountability.
The Forum is published by The Feminist Wire, and is edited/presented by Associate Editor Aishah Shahidah Simmons, creator of#LoveWITHAccountability(2016-2018 Just Beginnings Collaborative Fellow), and Producer, Writer, Director of NO! The Rape Documentary. Our video, directed by Danyol Jaye, is introduced by a short summary of our journey called "PopsnAde: a Courageous Daughter & Her NonAbusive Father on Loving Lessons, Living Legacies (L)earned after Sexual Violence."  This is a serious subject, but we're pleased that in our contribution to the forum we can celebrate the most exhilarating lesson we've learned through our tears, candor and imagination: no silence is good that keeps us from talking to people who can help us! With Gratitude,
Po…
Read more

AS ONE Volunteer Opportunity! 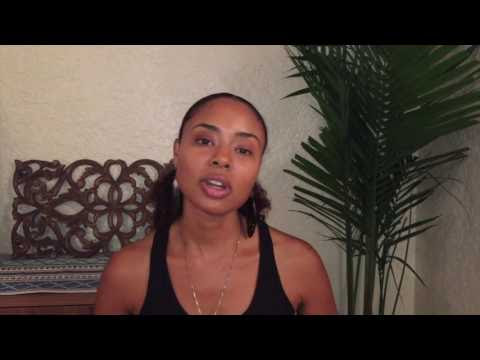 Donate HERE!!
Hey everyone! I am a brand new volunteer with a great LA based charity that does work in underserved communities. The charity's name is AS ONE and this October they are returning to Ulster Springs Elementary School in Trelawny, Jamaica for their We Are One Jamaica program!
Guess what???!! I'm fundraising to get there! In Jamaica we will focus on in class tutoring and teacher support. As a volunteer I'll be teaching one of the after school workshops with the children in areas of creative and performance arts, computer technology, as well as, physical wellness.
Because AS ONE's charity work is also about community, a number of the workshops are also being offered to the adults of Trelawny. I am looking forward to helping the adults and children learn about computers, health and wellness, and art. I most likely will not be focusing on computer technology....Yall know I couldn't even figure out InstaGram stories :)
AS ONE also has an Agriculture & Nutr…
Read more